Have you heard about L’Occitane Shea Butter Hand Cream? What am I saying…. I haven’t come across someone that is not familiar with L’occitane brand. L’occitane hand cream is considered one of the best hand creams. Do the ingredients match the price tag or do we pay for the brand….Let’s find out.

L’occitane Shea Butter Hand Cream- enriched with 20% Shea Butter, the super-creamy Shea Butter Hand Cream penetrates quickly to protect, nourish and moisturise hands. Honey, almond extracts and coconut oil are blended with the light and alluring aromas of jasmine and ylang-ylang essences to create this extremely effective care. The rich texture is rapidly absorbed to leave the hands soft and smooth with no oily traces.

Apply day and night as needed.

Hands speak your age but not indelibly.
Shea Butter is used traditionally by African woman to soothe and smooth skin exposed to Earth’s fiercest ultraviolet conditions, and now can help relieve and restore yours. Massage this silky treatment into hands to counter dryness as often as needed.

Butyrospermum Parkii Butter – A botanical ingredient, derived from the seeds of the African Shea Tree. Also known as Shea butter. Acts as a skin conditioning agent and viscosity (thickness) increasing agent. Its function as a dermal conditioner is two fold. Firstly, it helps retain moisture and lessen the loss of water by forming a barrier on the skin’s surface. Secondly, it also works to reduce the appearance of rough patches and dry flakes on the skin. Rich in vitamin A and E. It is a natural UV filter.

Glycerin – A naturally occurring ingredient (also synthetically made) that balances the water levels in skin to facilitate moisture. Also known as Glycerine or Glycerol. Glycerin is used as a lubricant and humectant. Glycerin attracts water to skin and helps skin to feel smoother and softer. However, studies have found that it not only attracts water to the skin, but also helps skin cells mature properly. Stops product from drying out

Cetearyl Alcohol – A fatty alcohol that’s either produced from the end products of the petroleum industry, or derived from plants (palm oil-palmityl alcohol). It comes in the form of a white, waxy solid. It’s no longer derived from sperm whale oil. Works as an emollient, emulsifier, thickener and carrying agent for other ingredients contained in a cosmetic solution. It keeps the oil and water parts of an emulsion from separating, and gives products good spreadability

Propylene Glycol – A versatile moisturiser.  Also known as Propane-1,2-diol. Propylene Glycol, a petroleum derivative produced by propylene oxide hydration, is a versatile ingredient used in over 4,000 products and formulas in the cosmetics and beauty industry as a moisturiser, skin conditioning agent, carrier in fragrance oils, solvent and viscosity decreasing agent. It is also a frequent food additive (as E1520) and is also found in deodorant sticks, toothpaste, mouthwash, tobacco products, and other industrial products such as anti-freeze and brake fluid.

Glyceryl Stearate – Glyceryl Stearate is derived from palm kernel, vegetable or soy oil and is also found naturally in the human body. It acts as a lubricant on the skin’s surface, which gives the skin a soft and smooth appearance. It easily penetrates the skin and slows the loss of water from the skin by forming a barrier on the skin’s surface. It has been shown to protect skin from free-radical damage as well.

Polyacrylamide – Primarily used as a binder, film former and thickener. Polyacrylamide is a polymer that is formed from units of acrylamide, a known neurotoxin. However, Polyacrylamide itself is not considered to be toxic, but is a controversial ingredient because of its potential ability to secrete Acrylamide, according to Wikipedia. It is used in cosmetics and beauty products in two different forms, either as a soft gel in its cross-linked form, which has highly water-absorbent properties, or in its straight-chain form, as a thickener and suspending agent.

Althaea Officinalis Extract -Althaea Officinalis plant, commonly known as marsh mellow or marshmellow, is a plant species which traces its origin to Africa and is very commonly used for preparing medicines and ornaments. Very subtle and velvety in texture, it is very dense by nature and the hairs of the flower are arranged in a radiating star pattern. In our day to day activities, marshmellow plant has proved to be useful in many ways and is used as a food and a medicinal component. The Althaea Officinalis root extract and stems are very advantageous and helpful in many ways for overall health, skin and hair.

Phenoxyethanol -Phenoxyethanol is a synthetic preservative that’s manufactured using a complex process where phenol is treated with ethylene oxide. Phenol is a mildly acidic white crystalline solid that can be obtained from natural or chemical sources. Ethylene oxide, also known as carbolic acid, is a colorless gas or liquid that is considered carcinogenic. Phenoxyethanol has been found to be toxic to the body even in small doses.

L’occitane hand cream, for a product that is so highly recommended by practically everyone, I am not so impressed with it.  L’occitane is world wide know brand. Their hand cream has a great potential. Unfortunately it contains a few questionable ingredients. It contains a lot of great extracts and no fragrance, there were only essential oils used. The biggest no no here is the price quality ratio. There are hand creams for half the price with better ingredients. 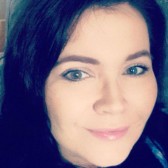 My passion is everything that is natural and healthy. I am in a process of replacing all my cosmetics with natural and organic skin care. I am trying as well to cut down processed food and surround myself with things that are as natural as they possibly can be in this day and age :)

Hello everyone. A while ago I have introduced into my daily life Korean skincare routine . I always felt that my skin is high maintenance. There is no way I could go to sleep with my makeup still on and wake up without a few surprises and hundreds of blackheads on my face. Cleansing my face each day thoroughly  was always a priority for me ever since I was a teenager. I never had bad acne but since I was about 15 years old  I suffered from blackheads. I tried everything and twenty years later I still have them.

An incredibly gentle mascara made with fresh wheatgrass to condition the lashes and suit even the most sensitive eyes. It’s much gentler on the eyes than most other mascaras, leaving your lashes lustrous without flakiness.

Scented with natural essential oils of sweet orange and bergamot that give the butter a sophisticated spicy citrus scent.

I am interested in everything organic, natural and in general good for us.